The following are extracts from character testimonies by acquaintances of this father/husband. He gave these to the court of the respected country.  The statements were all dated in the period 15-17 April 2012. These were all faxed to the apartment of which this husband had sole access. Having locked and taken away all keys, after concocting a story saying a stove was turned on and created the impression he needed to isolate the apartment from us for safety reasons. Some testimonies are not notable and some unreadable. These are not included.

Testimony 15:  As a friend, he has proven to be reliable and dependable.  He is intelligent and has conservative moral values… We have experienced him as a honest, generous and peace loving person. He is emotionally stable and sets high personal standards…

[This testimony is written by the woman whose daughter this husband arranged for 3 months to be a “help” for me after I had my third child. They live in our native country and I have seen her probably 5 times. It is her daughter, who wanted to know who I am talking to on the phone.  This daughter also lost my middle child one morning, while I took the eldest child to school. I had to call the police.There is no testimony from this daughter.]

Testimony 14:  I got to know his whole family and have the utmost respect for all of them.  I have yet to encounter another family as caring, loving and friendly…  To summarise his good characteristics would take another 10 pages…  He is the most dependable,  honest, caring and loving person I know. The well being of other people has always been more important than his own, and obviously, his children have become more important than life itself.

[ Wow! The impressions created by this father’s witness sounds astonishing. How odd that I don’t know this “incredible” witness, of this husband.]

Testimony 1:  To this end, it was vitally important that all involved, practised integrity in all of its facets i.e. Honesty, loyalty, trustworthiness. He displayed all of the above characteristics…  I am aware that on the financial side,  he provides well for his wife and children… I am of the opinion that he is a well balanced individual with pure integrity and rock-solid moral values.  I am further of the opinion that he is a caring father who loves and adores his wife and children.

[ This witness and his wife live in our native country.  I have seen them about 10 times in 10 years.]

Testimony 2: I got to know him as a well mannered,  stable and focussed individual. I regard him as a trustworthy person whose integrity is above question.  He is the type of person who will go the extra mile for his loved ones and friends.

Testimony 13: Over the years I got to know his parents, grandfather and his brothers.  They are very good people with very high family values. He is a man with high values and extremely high integrity.

[ She lives in our native country. In the 10 years that I have been involved with this husband I have met her about 4 times.]

Testimony 12:  Crause Steyl: He is a stable hardworking, honest man.

[ I met this man, Crause Steyl, briefly on two occasions while in our native country.  This was the man, this husband had said, who asked him to pilot, (I suspect a helicopter), in a coup attempt to overthrow a president of a country, to get the country’s oil – Equatorial Guinea (Wonga) coup https://en.wikipedia.org/wiki/2004_Equatorial_Guinea_coup_d%27%C3%A9tat_attempt  This husband withdrew after “someone” saw his name on a list and warned him authorities are waiting for them. He did not warn his “friends” and some went to jail. This dishonest husband did sympathise with the jailed man’s brother and friends over the phone, but laughed after the conversations ended. He gave me the above information after I asked him why he is laughing.]

Testimony 24:  My opinion of my brother is that he believes in righteousness, honesty, and stands up for his principals, keep his promises, is trustworthy…

[This is his eldest brother. The one that came to the respected country and physically held down my children while they screamed for me. The one that, in our native country, took the keys of our car ignition and grabbed my second child out of the car, when I attempted to pick up my children for our visitation. It is he that according to this husband drove about 12 hours, crossing a border to deliver a child’s passport, so that he ensured his brother and the children will not be available, and out of jurisdiction, to child molestation investigations from court or police. The same brother who told me that no-one has a problem with “it” only me.] 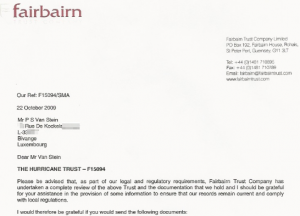 These witnesses who advertises him so reverently as an “honest person” is manipulating the readers and most likely know him for exactly who he is and they like it.

Testimony 3:  He is a person of very good upbringing. He would go through fire for friends and family.  He would even put his own life in danger for people close to him. [ I have never met this person. A more accurate testimony would be he puts people’s lives in danger.]

Testimony 4:  He is extremely dedicated to his family.  He is the best friend that anyone can have. [ I have never met this person in my life.]

Testimony 8:  He is a dear friend and someone that I know would go out of his way to help someone who might need assistance, as well as being a wonderful father to his boys.  [ I met her and her husband a few times for more than a day at a time.  She and her husband came to the respected country after finding out that this father has full temporary custody of our children. He did not tell them why he wanted the character witness testimony. Afterwards she wrote another testimony: about this father’s manipulative, controlling and unfeeling treatment of me and the children she witnessed. A dark side of him she had never seen before.]

(Select the image to enlarge it.)

Testimony 22:  He would go out of his way to help people… [ This is his fourth sibling.]

Testimony 23:  I think everyone would be lucky to have such a father as he. [ I have never met this man.]

Testimony 26: He works hard and takes care to be able to give comfort to his wife and children. I have the pleasure/blessings to know a person like him…

[ This man, Armand, and his wife, Nadine, came to our house about 3 times a year. It is he that phoned me several times only saying, “Don’t do it,” and then hung up – after I had reported child sex abuse to authorities. This man was an accountant, for Jean Raymond Boulle, (a diamond and mineral mine owner). His statement of “give comfort to his wife and children” was written while I was forced to lower my credit card, under threats, while this husband restricted house funds and hid his “work” funds in bank accounts – not in his name. His “pleasure/blessings” friend did not want to allow his children to go to the swimming pool or his wife to drink a cup of coffee at a coffee shop. Everything was aggressively controlled. Receipts for even bread demanded before he would give €20 for the next months bread for children. His “pleasure/blessings” friend signature “approved” his monetary control at the end of each month.] View this husband’s private ungenerous and  financial control on his family here:  http://www.isthislovebook.com/wp-content/uploads/2020/03/Financial-Control-Examples.pdf 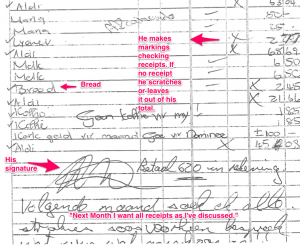 An extract showing this man’s controls and rules for me. (Select image to enlarge it.)

Testimony 11: He would come and check on us to ensure that we were emotionally doing fine.

[ She is Testimony 13’s daughter. At the time she wrote this testimony I was being taunted and tormented to my emotional limit by this very man. A manipulative man who claimed his wife is in need of help, but who had since then, not once checked on his wife to ensure his wife is emotionally doing fine or is cared for. These people reside in our native country. I met her briefly 3 times in 10 years. ]

Testimony 20:  He is also very considerate towards his family and friends,  and will always lend a helping hand to assist those in need…

[ This is this husband’s youngest 48 year old brother. It is this brother that refused me and my children telephonic contact. The one who threw my 72 year old mother to the ground and pinned her down.]

Testimony 16:  …and in my opinion he is a good parent.

[ I think I met her briefly for coffee at her house once. Which is also the extend to which she has seen this husband as a parent.  She lives in the UK. ]

Testimony 18: I cannot imagine him being other than an excellent husband and father…

[ I don’t know him or his imagination and he was used purely for “nice” impressions.]

Testimony 21:  He is very considerate towards people – specially towards the elderly.  …He is very talented and can do almost anything including running a household…

[ This is his mother, who came to the respected country  for several months to help her son and his several nannies “run the household”. A household that I had run on my own, pregnant, giving birth and raising three children, breast feeding, managing the building and complete renovating of her son’s house and doing his administration whilst in a foreign country – whilst being constantly criticised and insulted, amongst other psychological games, by her “considerate” son! This woman told me she never called us, because she did not have her son’s home number. She proceeding to asked me for the number.  At that time her son had been living in that house, having the same number, for more than a decade. In which time she had not once visited him or her grandchildren.]

Testimony 28:  He is always respectful and never forgets me.

[ An old lady who lives in the little farm town he grew up in. I have briefly met her once. He meticulously visits her at least once when he is in his home town, showing of a “nice” personality. He contacted her to be a character witness.]

I myself had these nice impressions of this man before I married him and became dependent on him. After that I made the acquaintance of another completely different person.

A man who did not care for another’s safety, comfort or emotions. A man with no respect, who was only concerned with his control, respect for him, his opinion, time, orders, rules and belongings. A man, when his acquaintances were not around, became angry, cruel, vindictive and unhappy. A man who has no problem threatening, lying or hurting another person and got satisfaction out of causing someone’s suffering.  A man who manipulatively steers people with false insinuations and impressions in the direction he wants from them –  whether sympathy, influence or admiration, He even derives sadistic pleasure from feeling his manipulative or coercive control of others.

This man forwarded me an email written by a co-worker of his, before our marriage in 2006, which I hardly paid attention to. He repeatedly claimed he was the “victim” of the “lying and bad” co-worker and people. The email depicts a disrespectful, untrustworthy, aggressive, stressed, argumentative, unhelpful, angry, skinflint and personality changing person. But these people were the truthful ones and described the actual man who I knew and who changed for nothing into an aggressive monster. The email can be found here:    http://www.isthislovebook.com/addition-13-where-is-this-great-guy/t-m-cens-email-copy/ Here is an extract of what the co-worker wrote to him:

An extract from the email. (Select to enlarge.)